When most people think of astronomical objects, it's usually the varied shapes and colours of nebulae that they remember, but star clusters can be just as beautiful. Take this one, for example - the second object on Messier's list - which is a globular cluster. In fact, it's actually one of the largest such clusters currently known, and it's also one of the oldest detected at around 13 billion years old.

Its large size is down to the sheer number of stars it contains - somewhere in the region of 150,000, which makes it 175 light years in diameter - but it is also very distant at 37,500 light years. As such, it was originally thought to be a nebula when discovered in 1746 by Maraldi, then again in 1760 by Messier himself who thought it was a 'nebula without stars' as it is so densely packed.

Observation: M2 lies well beyond the Galactic Center within the constellation of Aquarius. Despite being so far away, it's just about bright enough to be made out with the naked eye in excellent conditions, though it will appear only as a point of dim light. A large telescope is required to make out any individual stars, however. 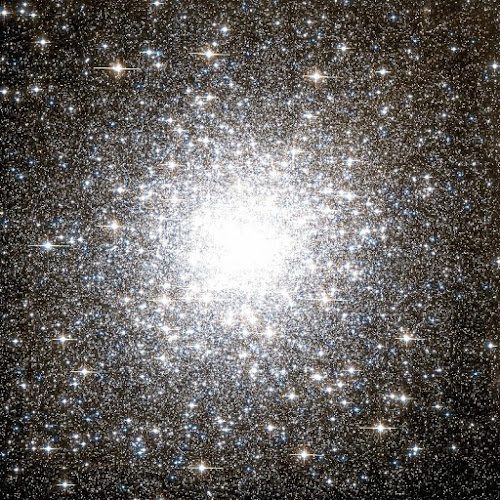