Whilst admittedly not looking very crab-like, the first object catalogued by Messier was the Crab Nebula, and it's one of the most familiar sights from beyond our solar system. It lies 6,523 light years away and its distinctive, colourful, and extremely explodey likeness is regularly seen in many astronomy-related books and media and has even graced a few TV shows such as Star Trek where it has been seen in the background on computer displays.

One obvious reason for its striking appearance is that it's a supernova-remnant, and a fairly recent one in astronomical terms as well, corresponding to one recorded by Chinese astronomers in 1054. Even with this in mind, however, it's still very bright, and the reason behind this was uncovered in the 1960's with the discovery of the Crab Pulsar which lies at its centre which would go on to prove very important to the scientific understanding of supernova remnants in general.

Observation: M1 lies in the constellation of Taurus. It can be vaguely made out with nothing more than a pair of binoculars and can be seen a little more clearly with a modest telescope, but seeing the brilliant colour and detail such as the filaments would require substantially larger and more complicated equipment. 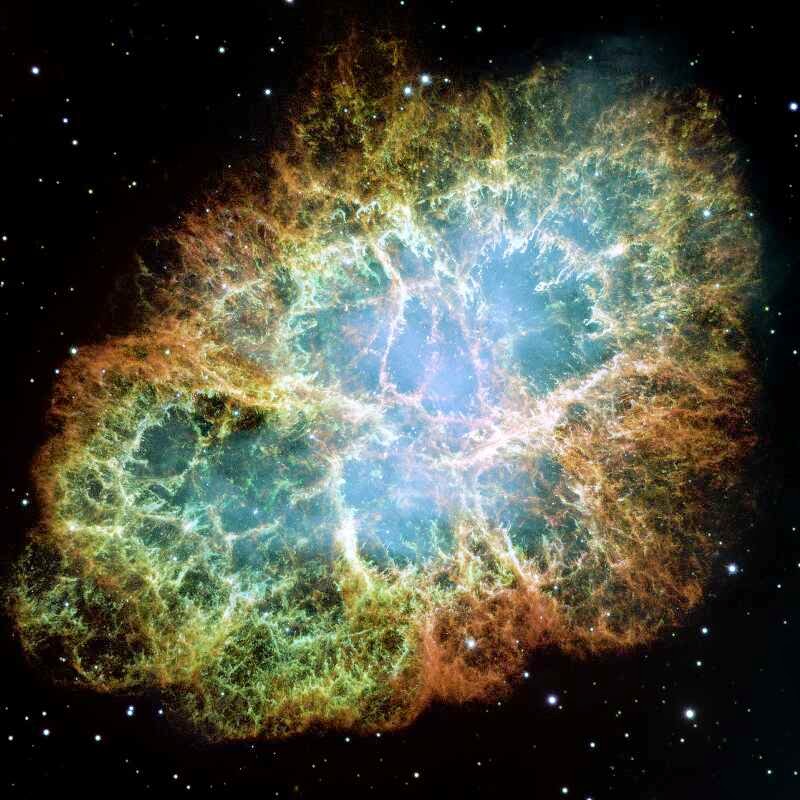